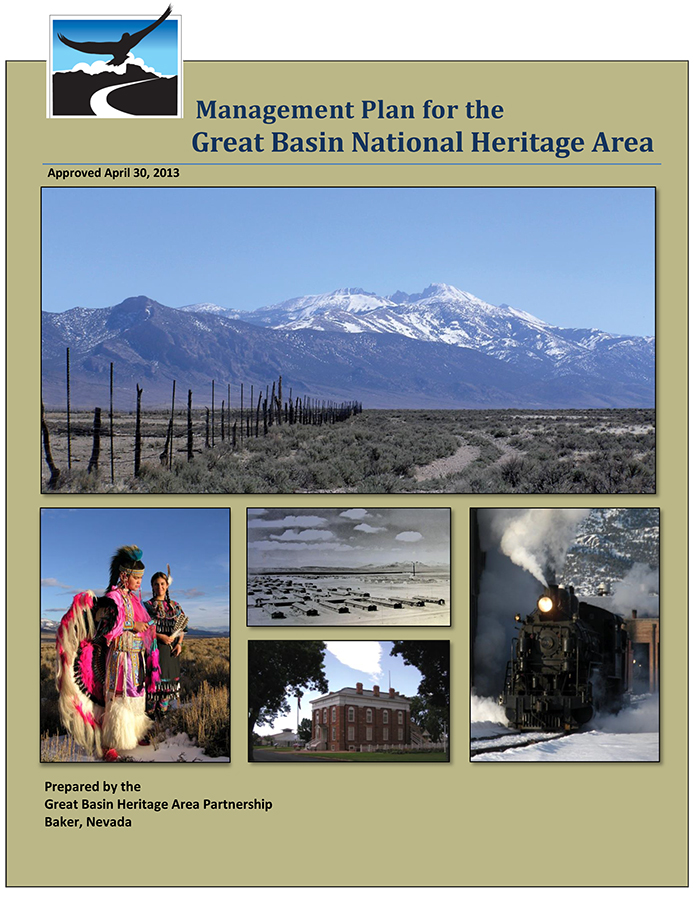 The process of preparing the Management Plan began in 2008. It included extensive public participation and outreach. Public meetings in Ely, Baker, Delta, Fillmore, Salt Lake City, and Carson City were held in the initial stages of the project and again in Ely, Baker, Delta, and Fillmore to consider plan alternatives. A third round of public meetings was conducted on the Draft Management Plan. In addition, members of the public were invited to share their thoughts and comments throughout the planning process.

The Great Basin Heritage Area Partnership Board (itself widely representative of local and tribal government, heritage, tourist and commercial interests) guided preparation of the Management Plan. A larger task force comprised of 23 citizens and officials representative of heritage interests within Nevada and Utah provided input at key points in the planning process. Outreach efforts included interviews with representatives of federal, state, regional, and local governments; private organizations and institutions; and others with an interest in the future of the heritage area. Additional coordination was conducted with representatives of a range of federal and state agencies that would potentially have an interest in the Management Plan.

The results of public and agency review of the Draft Management Plan, with adjustment to respond to comments made during the review period, have confirmed the direction set forth. The resulting Proposed Management Plan was presented to the National Park Service in early 2013 for consideration of approval by the Secretary of the Interior.

The Management Plan is, first and foremost, a guide for decision-making. Recognizing that the Great Basin National Heritage Area will evolve over time as a result of voluntary actions and partnerships among numerous organizations within the region, the Plan does not attempt to prescribe a detailed list of actions. Rather, it provides the direction, criteria, and processes needed to establish priorities and to make informed decisions over a 10 to 15 year period. It establishes an overall structure for conserving, enhancing, and linking heritage resources in the form of goals, strategies, and primary interpretive themes. It illustrates and provides examples of the ways that public and private partners can work together to achieve the heritage area mission. Finally, it sets some basic priorities for heritage area programs over the next few years, along with guidance for monitoring success in achieving the goals.